A tumor is formed when a group of cells in the brain show unusual growth patterns and develop into an abnormal mass of cells.

There are two kinds of brain tumors: benign and malignant.

What Is A Benign Brain Tumor

A benign tumor is characterized by inactivity after a certain growth period and the inability to affect adjoining healthy tissues of the brain.

This is a non-cancerous brain tumor.

A CT Scan or an MRI report usually detects a benign brain tumor without difficulty.

This kind of tumor has a slow pace of growth and mostly has a distinct boundary clearly visible in a diagnostic image.

They are rarely known to assume metastatic or cancerous form as are malignant brain tumors.

The best part about benign brain tumors is that they can be removed with surgery and do not recur under normal circumstances.

The exact reasons why a benign tumor develops are currently unknown.

However, research has established that genetic history, exposure to radiation or continuous contact with hazardous chemicals such as vinyl chloride or formaldehyde may play a role.

The life-threatening nature of a benign tumor cannot be denied, because its presence and growth apply pressure on brain tissues and delicate structures within the skull.

If not treated quickly, the term “benign” can prove to be inappropriate.

Some researchers’ classification of low-grade brain tumors as “benign” or “comparatively benign” has further complicated the actual meaning of the phrase “benign tumor”.

Benign Brain Tumor Symptoms To Watch Out For

Indicators of this tumor may not be explicit and may surface at a later stage.

One or more of the following symptoms may appear; the major concern being that these symptoms also appear in many other diseases as well.

Most types originate from the brain or other tissue related to the brain such as nerve tissues, arteries or veins.

The most normally occurring are the following:

MRI image of a frontal meningioma

Other infrequent forms of a brain tumor include Epidermoid and Dermoid masses.

These originate in the form of cysts developing from the epithelial cells, which form the coating of organs and cavities in a human body.

These create an effect on the brain, comparable to other benign brain tumors and hence they are classified as such. Their occurrence is extremely rare.

Functions of the Human Brain

The Main Risks of Benign Tumors

Almost all benign tumors are known to be removable with brain surgery and are harmless thereafter; however, very occasionally a benign tumor can turn malignant and widen its reach.

They typically develop bit by bit and can be present for a number of years before any symptoms will become visible.

The only difference between the treatment of benign and malignant brain tumors is that chemotherapy is almost never administered in case of a benign brain tumor.

A personalized treatment plan is devised by a doctor depending on the patient’s age, the extent, and position of the tumor and health history.

Craniotomy – referred to as brain surgery in layman’s language and later administration of radiation therapy is the principal course of treatment.

As a part of the main treatment, corticosteroids are drugs that are widely used for the treatment of brain tumors due to their edema alleviating properties.

They eventually lead to a gradual healing of the brain by easing the swelling.

It is uncommon to come across an untreatable benign brain tumor.

Almost 70% of children respond positively after the surgical removal of brain tumors. Long-term repercussions such as difficulties in sight, speech or decreased stamina are very common issues.

After surgical removal of a brain tumor, about 50% of adults in the age group of 20 to 44 have shown normal survival for 5 years.

For those individuals aged over 65, the rate of survival drops drastically to 5%, for the same number of years.

A competent team of doctors is the most reliable resource of information regarding a benign tumor.

The team usually comprises a primary-care physician, a neurosurgeon, a neurologist, a radiologist and occasionally, an oncologist if the diagnosis is the presence of a “relatively benign” tumor. 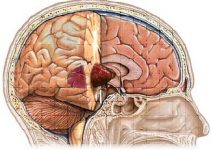 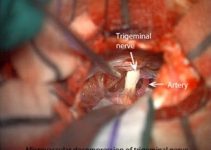 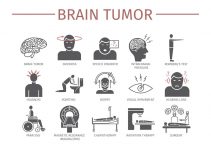